Pioneers That Change The Way of Real Estate Photo Editing

Everything has a beginning but so much as having an end. Throughout the course of history people have been known to invent technology to make lives easier. Some have ventured to discover what activities can be joined together to create a totally new task. Others have even gone as far as discovering the deepest scientific mysteries to understand why and how things work. In all of this, it is safe to say that it is the need and curiosity combined that paved the way for most things to happen that eventually brought us to the contemporary world we live in. The way we think can also be traced on how we perceived something that was invented for a similar or totally different purpose.

For as long as we can all remember, photography was there to capture the most valuable moments. Even more interesting is that as far as certain generations can recall, real estate photo editing has been a constant in all of the real estate advertising world. Well, just like the history of a lot of things, real estate photo editing has its history and roots which originated from certain people and practices. Image editing in real estate today is a result of several iterations that eventually shaped the way it is today. Of course, it would have originated from an individual or several individuals and evolved by technology. But either way, the importance is that real estate image enhancement knows it humble beginnings and as photographers, we can appreciate the history.

When Did Photo Editing Begin?

For real estate photo editing, the timeline is found to be much shorter. Perhaps it was the need for marketing that drove real estate image enhancement needs and evolved from there. As we will see, the iterations were minimal but have changed formats over the years.

Appreciating the roots of real estate image editing comes with a sense of pride and affiliation with the craft that we love. There is no doubt that passion and creativity fuelled a lot of the beginnings of image editing in real estate. Furthermore, looking at how this artform became a business is astounding in a way that helps us realize that people do not create these activities out of sheer nothingness. It ultimately boils down to having a keen sense of curiosity and a passion to change human life. Now that we have a glimpse of the past and understand how the pioneers have done it, perhaps someday as photography professionals or practitioners we can all share in a vision or passion that will bring this art to new heights and it goes without saying that if you exercise your imagination enough then the sky is the limit. 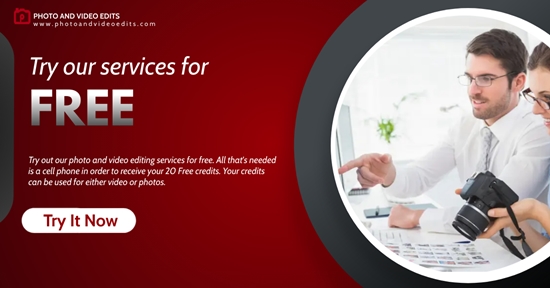